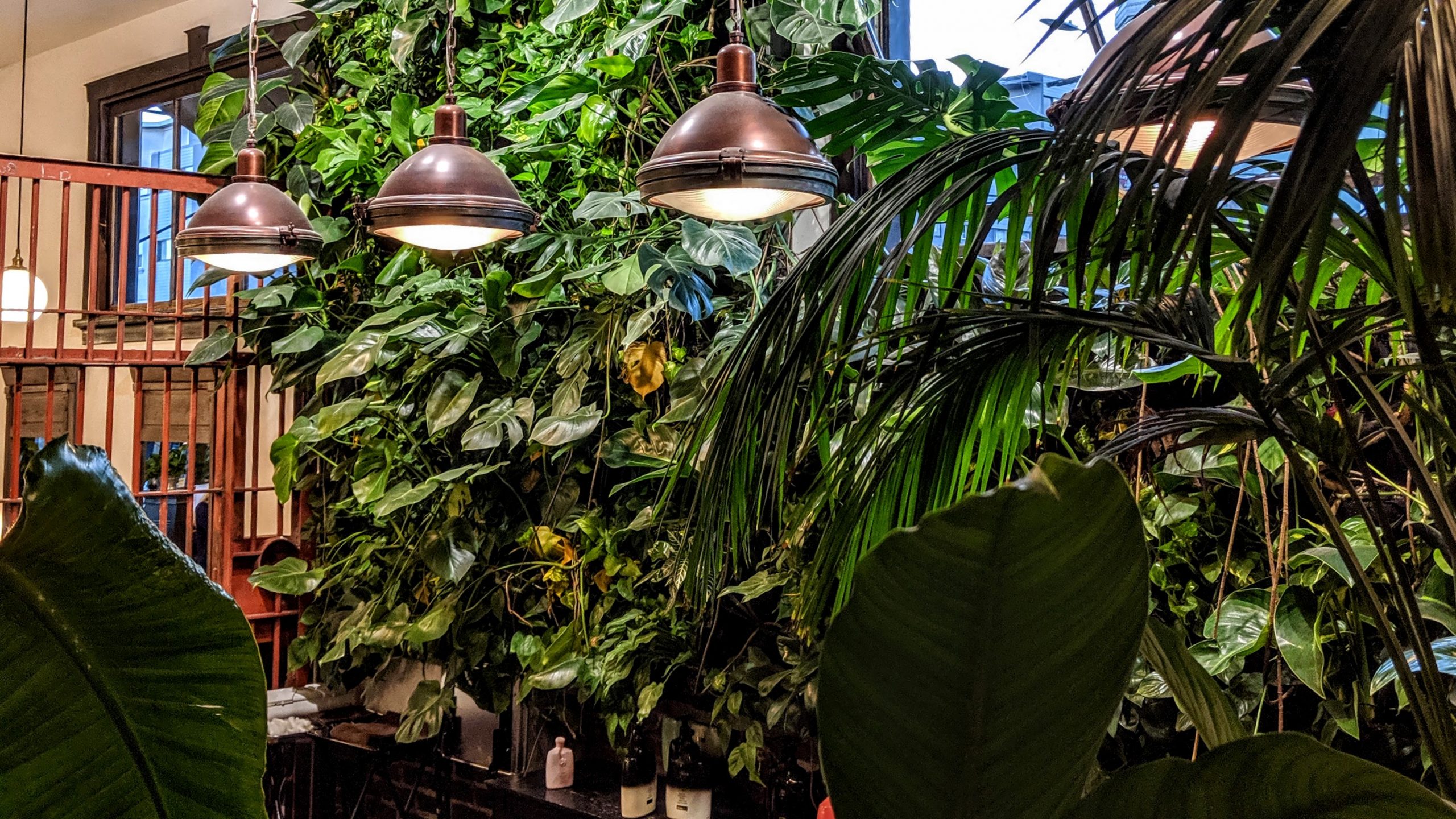 Good styling comes in all forms, including hair and atmosphere! The inventive staff at Population Hair Salon in San Francisco’s Mission district create a singular experience for clients using lots of plants, one of the best methods to remove toxins from the air and soothe the spirit, naturally.

After years of growth, a sprawling jungle effect has emerged, behind the washing station which creates more of a spa-like environment. Salon owner, Brian installed a similar living wall in his first location and customers found it so exciting he planted another in his second location even before it opened.

The system is simple. An automatic irrigation drip line waters the Florafelt Pockets living wall from the top. Excess water collects in the bottom gutter that directs it to a drain.

This Salon, with its proliferation of plants, has become a San Francisco landmark (at least for locals) elevating the prestige of a superior salon with an eco-friendly embrace of the city’s history and ethic.